One day left on this promotion, though this is a late post because this is often not the go to place for the quickest releases, I post on flickr, and in world groups much sooner :) 50% off on everything on this wall for one more day if you didn't catch this elsewhere~ 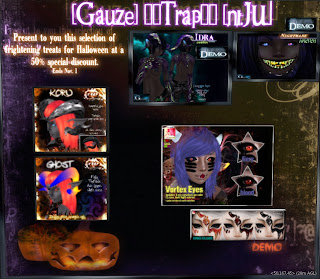 I've made a big chunk of new horns too called Koru, Ghost, and Swirl, all of which have color tintable parts to customize them. I also learned I can paint a wood texture in a pretty easy three steps of a process that made it not take too long, but ended up looking almost photo realistic with an overlayed texture to give it a bit less of a painted smooth style. I'll have to use this technique again in the future, loving how much SL gets me experimenting with solid line less form painting X) Anyway here's a couple of the 18 colors made for these horns~ 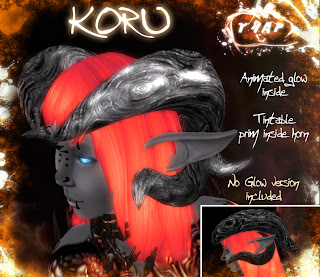 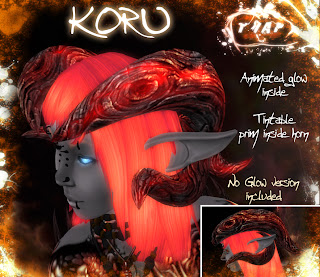 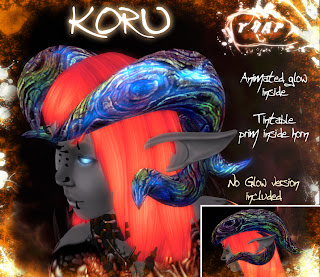 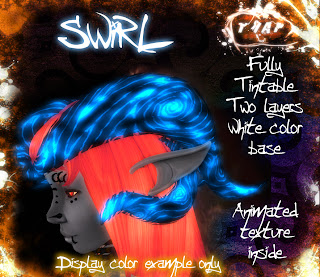 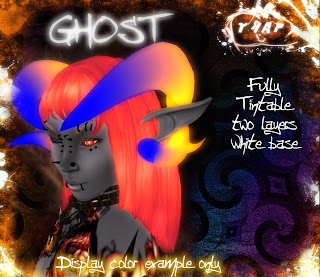 Here's a fancy and lovely photo that Yukio Ida took for my vendor, really awesome, looks like she's for sale, but I'm so happy with the color choices, thank you ~ 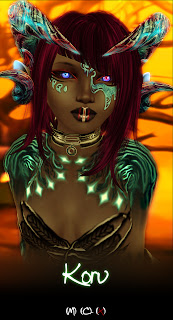 Next up was a very fun collab with myself and Vitani Jun who we've recently adopted into our sim and working group. So here we have the new Gelf ears, it was a pretty huge learning curb both in getting this much work done in one month, and also using a really good HUD for once. I am so bad at scripting it's not even funny, thankfully Siyu Suen of Illusions was able to give me a huge hand in working this HUD and making these ears a possibility and in that regard helping open up doorways for future projects! 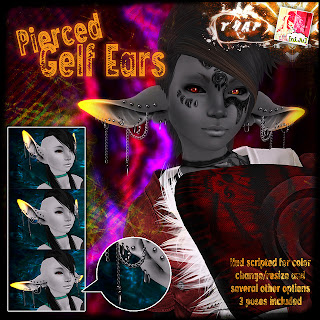 I wish I could post some sketches of these, but unfortunately I had a vision that was clear enough to just start sculpting and shit worked out :) Thanks to anyone that actually reads this, until next time, we will keep working hard at The Twilight sim! 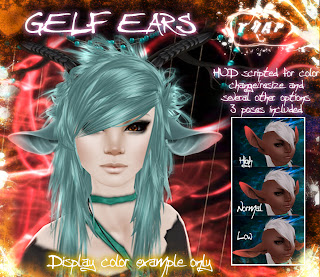 Recent [][]Trap[][] Updates Along with the release of Ryu tattoos

Ahhhh so it seems I've been a very neglectful blogger, woops n_n! This will be a bit of a collab post of what as recently added to the store along with the most recent update just now. Major apologies to those that follow this as the most updated source from me, it is best to be in my in world groups or my flickr, I often forget blogspot exists!

First here's Ryu, the newest tattoo project I've come up with, also a sketch of my first concept for the tattoo and a stitched together version of the texture provided :) 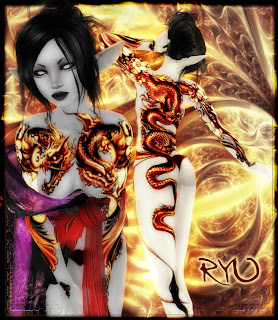 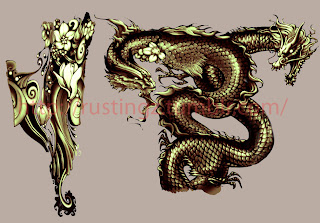 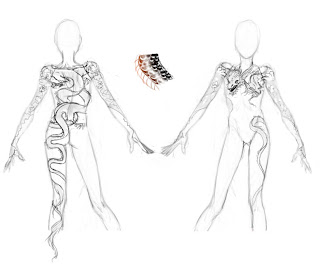 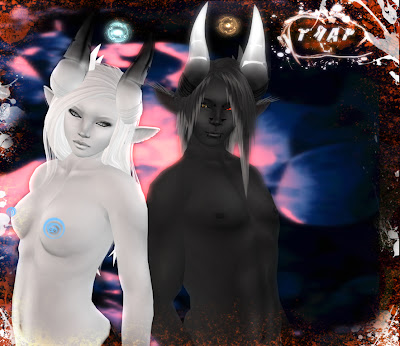 Chrosa is a set of skins made for multi purpose use in tons of different colors with tintable eyebrows to match each one. They have a set of human tones and complete grayscale tones along with plenty of color options :) Here's just a few of them! 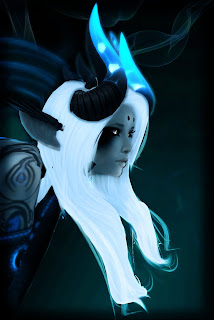 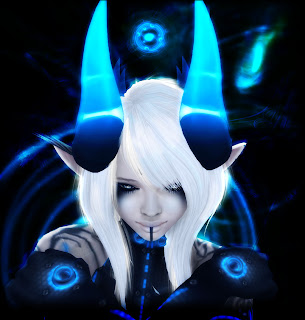 Xeno horns now for sale :) These were a fun texture experiment that worked out pretty well despite a lot of frustration, they are now available in 12 base colors and fully tintable on the glowing layers with a white base, so you can make any color you want.
slurl.com/secondlife/The%20Twilight/52/171/44 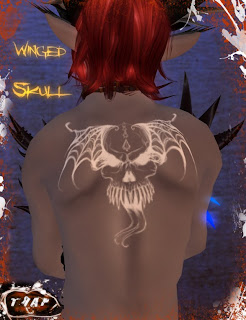 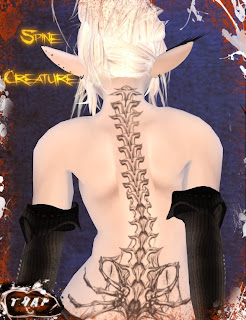 So after a long time of saying I'd eventually get to individual tattoos, here is my small tentative step into them with some halloween creepy tattoos to start off the section in the store :)
Hand drawn as usual from scratch, no images pasted together. These are NOT limited edition so you can pick them up whenever you want, they're also tintable with a white base so you can get them black or white and any color in between you'd like.
Enjoy
~Selos
slurl.com/secondlife/The%20Twilight/52/171/44 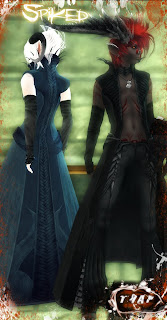 Soooo, new stuff! specifically, Spiked coat and pants, and yes, once again, I am still alive for you crazily patient people who still give a crap about what I make here :) I <3 you.
Some of you might remember this from seeing my vendor at fantasy faire awhile back (I'm so sorry you had to see that unfinished crap, but it was for a good cause at least....)
A little about this evil EVIL Eeeeevil coat....
SO, if I could hate anything more then this coat, I probably couldn't come close to finding the words to express said excessively extreme hatred. I hate it a little less now that it's done, so that's good.
It has single-handedly managed to beat about half a million mistakes and lessons learned over the way-too-many-months it's been in progress. I am not good at clothing yet..oh god help me when I try another outfit .
I'm pretty good at making mistakes and I think I MASTERED ALL MISTAKES with this coat..completely..yep...I am the A+++ genius student at mistakes now, BAHAhahaa!
For those that have known about this coat and how long it's been in progress I could not thank you more for being so patient if you haven't lost interest yet, lol :) <3
-Selos Dae
slurl.com/secondlife/The%20Twilight/52/171/44 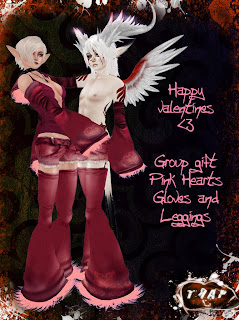 Don't forget to grab your free pair of the pinks set from the notices in my SL group that you can find in my profile 'TRAP Updates' while it's still there :) 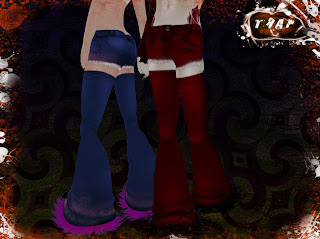 After that feel free to enjoy all the other colors for sale :D
These came out unfortunately one day later then expected due to random kidnapping from my computer yesterday for my uncle's birthday D: ! Finally got these finished though and they match with all the current gloves in the store.
Man it has been one busy and tiring few months but I'm getting back into things once more , yay :D got a new GIGANTIC tablet...@_@ must learn to adjust and play with it now!
Anyways slurls here :D
http://slurl.com/secondlife/The%20Twilight/52/171/44
http://slurl.com/secondlife/Carnivale/133/82/32
Posted by Selos at 2:54 PM No comments: 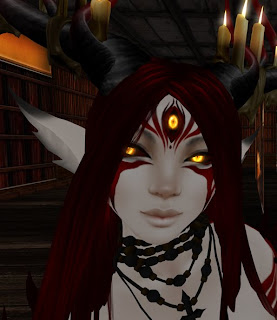 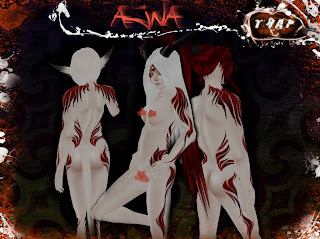 Ajna chakra is the location of the third eye which is the conscience.
Thanks to siyu in her help with naming this skin and tattoo :)
This skin includes a full body tattoo layer with two tintable options and is wearable with any other skin of course. It also includes a third eye with both an animated and static version. The eyelid being tintable as well to match most colors made with the tattoo.
Posted by Selos at 9:29 PM No comments: